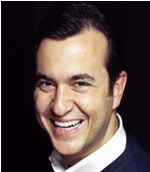 Osman is the founder and Managing Partner of EMEA Capital.​

In Addition, between January 2015 and September 2015, Osman has helped his former colleagues and friends during the start up process of GemCorp, an Asset Management firm investing in Emerging Markets, as COO.

Prior to EMEA Capital, Osman was CEO and Managing Partner of Duet Group, a global alternative asset manager with over USD 5.5 billion in assets, for four years.